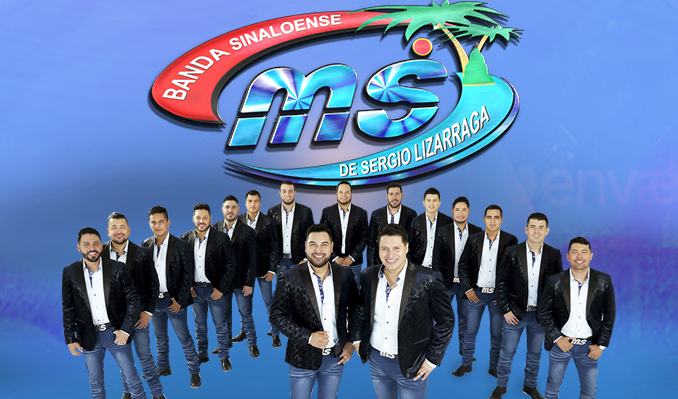 This Event was postponed from March 28th to August 29th.  All previously purchased tickets will be honored.

The top Regional Mexican musical group in Mexico and the US is currently La Banda MS de Sergio Lizarraga.  Banda MS was formed in 2013 in Mazatlan, Sinaloa, Mexico, hence the initials MS.

In September of 2018, Banda MS Released the record “Con Todas Las Fuerzas”.  The lead single “Mejor Me Alejo” was an instant success.

In October of 2018, Banda MS was recognized as THE most listened to Mexican music group in the history of Spotify and Pandora, an amazing achievement in today’s world of digital music and social media.

The live concerts performed by Banda MS feature two popular singers, Oswaldo Silvas and Alan Ramirez, as well as 14 talented musicians on woodwinds, horns and percussion.  Fans always have a great time singing and dancing to the dozens of hit songs performed live, with Banda MS tours’ visiting over 40 US cities per year.

Official WebsiteTwitterFacebook
*Service and handling fees are added to the price of each ticket.